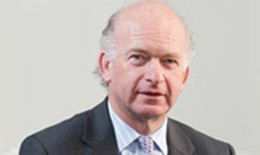 Peter Waine is the Founding Director of Hanson Green, a specialist search firm which dominates the UK non-executive recruitment market. As Founding Director of Hanson Green, he plays a key role in setting the agenda of how prominent UK businesses are run. It is through this role that he has also improved the governance of public boards. Peter Waine is an accomplished author, having co-authored the management book ‘The Independent Board Director’, as well as ‘Takeover’, an acclaimed business novel and ‘The Board Game,’ which has become somewhat of a bible for directors. Waine was formerly a visiting Professor at Warwick and Cass business schools and is also currently National Chairman at CPRE (Campaign to Protect Rural England.) He has also been a trustee of the Royal Opera House and a member of the International Cricket Council, the governing body of world cricket. He was previously also Senior Non-Executive Director of Quarto plc and Chairman of WildWiki Ltd and Liquid Claims UK.