H.E. Todor Zhivkov was the former Chairman of the State Council of the People’s Republic of Bulgaria, as well as serving as First Secretary of the Central Committee of the Bulgarian Communist Party for 35 years. Born in Bulgaria in 1911, he became an apprentice printer in the 1920′s before joining the youth wing of the Communist movement. During World War Two Mr Zhivkov fought in the partisan movement against Bulgaria’s alignment with Nazi Germany. In 1944 he became the Head of the Sofia Police Force and in 1945 he was elected to the BKP Central Committee as a candidate member and made a full member in 1948. In 1954 Mr Zhivkov became the youngest communist party leader in the Soviet Bloc; however, Chervenkov retained some of his powers as Prime Minister. In 1971 he was promoted to Chairman of the new council state, which gave him full control of Bulgarian affairs. Nikita Khrushchev, the Soviet leader oversaw his rise to power and it was because of this that Mr Zhivkov was and still is regarded as a leader who was obedient to Moscow. Mr Zhivkov made significant gains to social policy in Bulgaria during his time as leader. Housing improved due to the building of better quality homes, standards of living increased and educational reforms were implemented. His foreign policy focused on increased relations with Yugoslavia, Turkey, Greece, Albania and Romania and an alliance with the Soviet Union. Due to Mr Zhivkov’s relationship with Khrushchev, however, his policy towards the Western World, particularly the United States, was determined by the Soviets. In 1989, a day after the Berlin Wall was breached, he was removed from power, found guilty of embezzling state funds and sentenced to seven years in prison, a sentence that was completed under house arrest. He was acquitted in 1996 by the Bulgarian Supreme Court and passed away two years later. 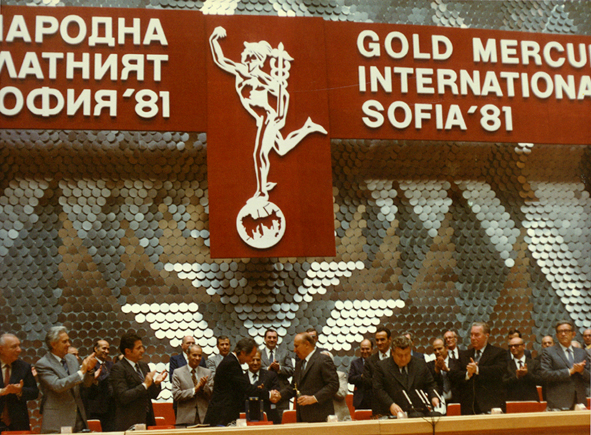