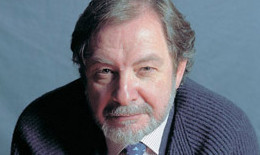 Juan Luis Cebrián Echarri studied philosophy at Madrid’s Complutense University and attended the Escuela Oficial de Periodismo in Spain to study journalism. During his long career, Cebrián has been the News Editor-in-Chief of the public Spanish TV network (TVE) and the founding Editor-in-Chief of daily newspaper El País. He is now Chief Executive Officer and Chairman of the Executive Committee of the Spanish Media Group PRISA, as well as Vice President of Prisa TV and Chairman of El País. He has received numerous awards and recognitions, including New York’s World Press Review’s Editor of the Year Award and Spain’s National Journalism Award ‘Premio Nacional de Periodismo’. He also received an Honorary Doctorate from La Plata University in Argentina. Throughout his life he has been active as a columnist, lecturer and author. Cebrián has been a member of the Royal Spanish Academy since 1996.