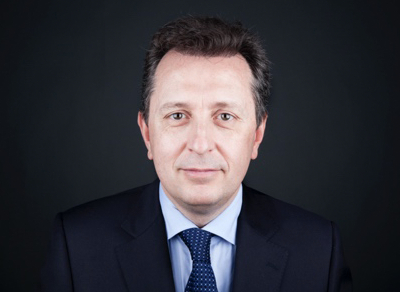 Javier Cremades is a lawyer and the President of the World Law Foundation and of the World Jurist Association (WJA) since February 2019. The WJA is the most prestigious international association of jurists, promoted in 1957 by Sir Winston Churchill and founded in 1963 by Charles Rhyne, president of the American Bar Association, with the support of US presidents Eisenhower and Kennedy. He is the founder and president of Cremades & Calvo-Sotelo, a prestigious international law firm present in 15 cities around the world. Javier is a Doctor of Law from the universities of Regensburg (Germany) and UNED (Spain), and Doctor Honoris Causa from the International University of Valencia (Spain).
He is Secretary General of the Spanish Association of Minority Shareholders of Listed Companies (AEMEC) and President of the Hispanic-Korean Chamber of Commerce. He is the founder and honorary president of Málaga Valley e-27 Club, one of the largest technology initiatives in southern Europe, in which more than 200 presidents of multinational companies and leaders of the IT sector participate. His innovative way of practicing law is characterized by the integration of new technologies and adaptation to the digital environment. He pioneered the Telecommunications Law in Spain and edited the first manual in Spanish in this area of ​​practice.
With more than 25 years of academic career, Javier is a university professor of law, as well as founder and director of recognized master’s programs in law and telecommunications, energy businesses, access to the Spanish legal profession and corporate law. Javier Cremades has excelled in the defence of human rights and civil liberties and is part of the legal team that leads the international defence of Venezuelan opposition leader Leopoldo López.
He is the author of numerous high-profile books including Kidnapped Energy: Dismantling the Myths of Energy Fundamentalism (2013) and Micropower: The Force of citizens in the digital age (2007). The latter has been especially relevant since Javier anticipated the transfer of power from institutions to people, which has transformed Spanish economic, political and social relations. He has also published dozens of scientific articles in renowned legal journals in Germany and Spain. Javier has had great recognition within the international legal guild since the beginning of his career. Forbes magazine recognized him as the Lawyer of the Year in Spain (2015-2016) and the World Association of Jurists awarded him the 2017 World Jurists Award (presented in 2018, among others).
INTERNATIONAL ADVISORY BOARD
adminJavier Cremades02.10.2020