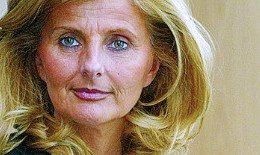 Isabel Tocino holds a Doctorate in Law, as well as graduating with an MBA from the Institute of Environmental Science and Engineering in Barcelona. She then held the position of Professor in Civil Law at the University Complutense of Madrid from 1972-1986. Her published works include ‘Nuclear Energy and the Environment.’ Tocino is a former Minister for Environment of the Spanish Government, former Chairwoman of the European Affairs and of the Foreign Affairs Committees of the Spanish Congress and former President of Siebel Systems Spain. She is currently an elected member of the Spanish State Council and Non- Executive Independent Director of the Board of Banco Santander. In recognition of her career she has been awarded the Grand Cross of the Order of Carlos III and the Cross of San Raimundo de Peñafort.