Athlete and Founder of the Venezuelan Federation of Swimming

Teo Capriles was a renowned Venezuelan athlete. Born in 1907, his athletic skill was evident from an early age and he excelled in cycling. In 1936 he travelled to Berlin intending to participate in the Olympics which were being held that year, but was refused permission to compete as there was no Venezuelan representation. In 1938 he participated in the Bolivarian Games and in 1946 he participated in the Central American and Caribbean Competitions winning gold medals in both. He became the most successful Venezuelan cyclist of the time. He retired aged 40, having also competed at high levels in swimming and diving. He went on to become the Founder of the Venezuelan Federation of Swimming. His sporting legacy also led to the Caracas velodrome being named after him, as well as a swimming academy. He was also a skilled painter and musician, creating over 300 works dedicated to the Venezuelan landscape. 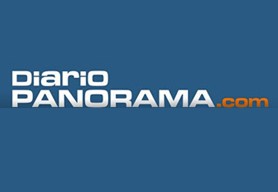