Sadequain Naqqash was a legendary Pakistani artist, whose talent earned him widespread recognition and awards, including the Gold Mercury International Award. He was born in 1930 to a family whose trade was calligraphy. In the late 1940′s he joined the Progressive Writers and Artist Movement and his exceptional skill was quickly recognised, allowing him to hold his first solo exhibition in 1954. During the 1960′s he focused on the idea of labour, struggle and persistence against natural elements and these ideals featured heavily in his works of the time. Sadequain was deeply interested in the mysteries of the universe, the meaning of life, role of human beings in the universe, freedom and self-determination, survival and progress and the fine line between reason and emotion. He became well known for his exquisite calligraphy skills, acting as an innovator in this medium in Pakistan. He is often credited with bringing this art form into the mainstream. He was also renowned for his murals which earned him respect and admiration around the world. These large murals dealt with a range of subjects. His most famous mural is currently situated in the Head Office of the State Bank of Pakistan and is entitled, ‘Treasures of Time’. He was dedicated to his art and known to paint all day and night and it is estimated that he created over 15,000 pieces of artwork. His talent earned him numerous awards, including the ‘Tamgha e Imtiaz’, the ‘Laureate Biennale de Paris’ and the ‘Quaid e Azam Award’. 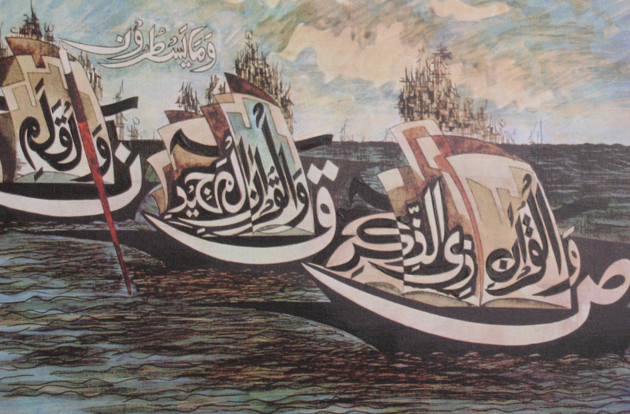 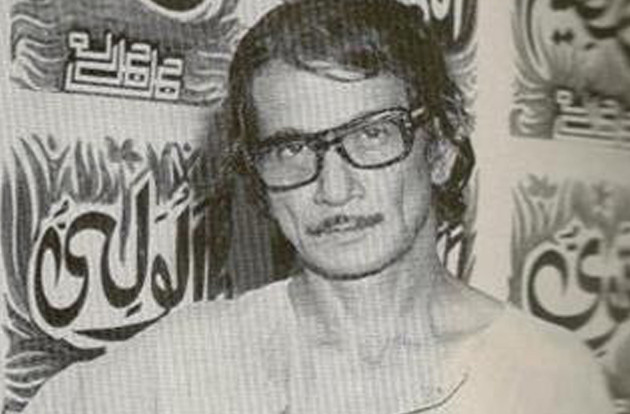