Professor Thomas Risley Odhiambo (February 4, 1931 Alego, Nyanza Province – May 26, 2003) was a Kenyan entomologist and environmental activist who directed research and scientific development in Africa. He was described as a “Visionary entomologist harnessing science for Africa’s poor”. Odhiambo was the founding director of the Nairobi-based International Centre of Insect Physiology and Ecology (ICIPE) and a leading figure in African science for several decades.

He encouraged the younger generation of thinkers to venture into the fine arts, investigate its relation to history of life sciences and to go out and create global academies and research institutions using technology. His inspiring effect led to the re–emergence of accumulated indigenous knowledge and technology systems in the modern African world. He led visions on agricultural development in Africa by initiating effective scientific projects leading to advancement in growing indigenous crops and disseminating methods of insect control.

“Thomas was a special man on a mission to improve Africa’s food sustainability and the wellbeing of its people. He is one of our most deserving laureates.”
– Eduardo De Santis, Chairman of Gold Mercury International, remembering Odhiambo

Shem Wandiga, former president of the Kenya National Academy of Sciences (KNAS), said that Odhiambo had been a “giant of a scientist” in Africa. “We might have underestimated his accomplishments in this part of the world but internationally he was recognised and respected,” he said. “Our efforts now should be to further his dream for a science-led African development.”

Link to The Guardian Obituary 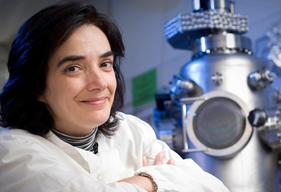