Leonid Brezhnev was the former General Secretary of the Central Committee of the Communist Party of the Soviet Union. Born in Ukraine in 1906, within the Russian Empire, Mr Brezhnev worked as land surveyor in the 1920′s before becoming a full member of the Communist Party of the Soviet Union in 1931. Following his graduation from the Metallurgical Institute in Kanenskoye, he worked as a metallurgical engineer in the iron and steel industries, as well as acting as the director of a technical school. In 1935 he served his compulsory military service and in 1936 he became Party Secretary in Dnipropetrovsk, which led to him being in charge of the city’s defence industries. During World War Two Mr Brezhnev became a political commissar in the Red Army, rising to eventually become a Major General in 1943. Following the war he was appointed to several positions within regional party committees that were based in the Ukraine. In 1952 he became a member of the Central Committee of the CPSU and a candidate member of the Politburo. Following Stalin’s death, Mr Brezhnev was forced to accept the position as Deputy Head of the Political Department of the Ministry of Defence. When Nikita Khrushchev came to power in 1954, however, he was appointed Second Secretary of the Kazakhstan Communist Party and was soon promoted to First Secretary a year later. By 1964 he had become Second Secretary of the Central Committee and soon after he helped lead the coalition which removed Khrushchev from power, which allowed Mr Brezhnev to become Head of the Party. He became committed to foreign policy and military reforms, developing the ‘Brezhnev Doctrine’, which outlined the right to Soviet intervention when other socialist countries are threatened. He strived to work with the United States through the policy of détente; his major foreign policy innovation. Under his leadership, the Soviet Union achieved a balance with the United States in its nuclear weapons programme as well as overtaking their space programme. This build-up of military assets, however, left the economic, agricultural and health care sectors deprived and led to a depressed standard of living. In 1979 he worked with Jimmy Carter to achieve the bilateral Strategic Arms Limitation Treaty (SALT 2), but soon after, in one of his last major decisions as leader, the Soviet Union invaded Afghanistan in an attempt to save the regime. He held on to power until his death in 1982. 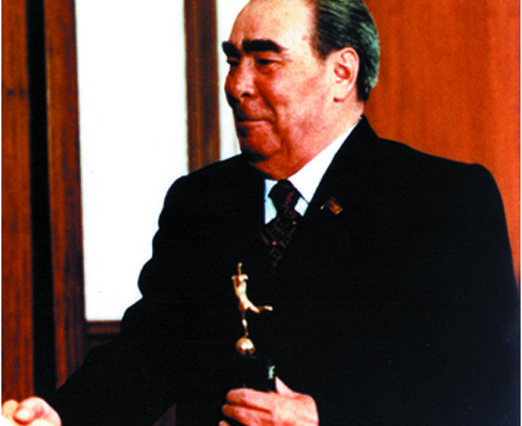 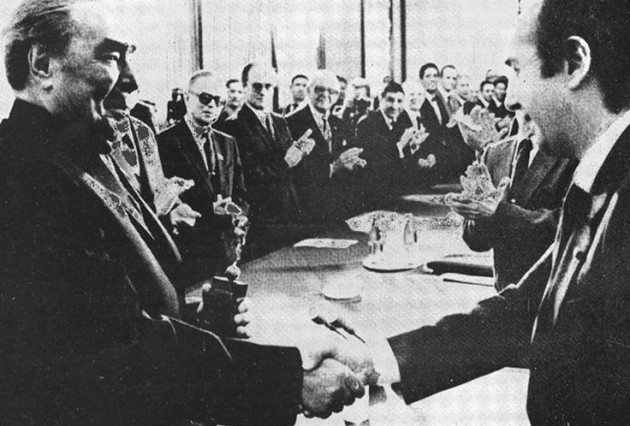 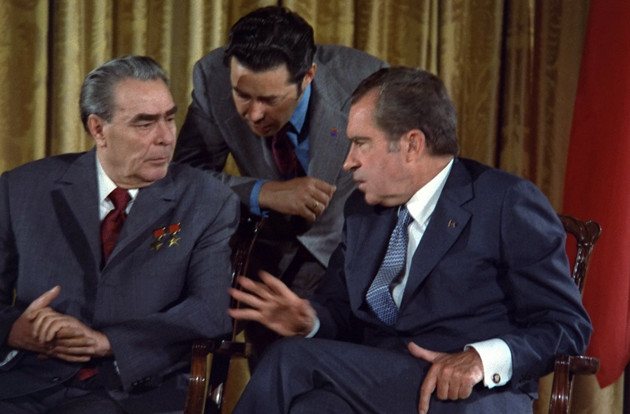