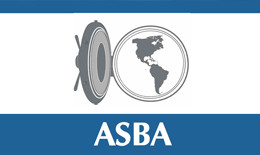 Rudy V. Araujo Medinaceli is the current Secretary General of ASBA, the Association of Banking Supervisors of the Americas. He has served in this role since July 2000 and in this position he is been involved with strengthening the banking industries in Latin American nations, advising on structural reforms and the increasing development of the financial sector, as well as promoting international dialogue and implementing public policy. Mr Araujo Medinaceli graduated in the studies of economics and human resources management before returning to Bolivia in 1988 to the position of Statistics Supervision Head of Bolivia’s Superintendence of Banks and Financial Entities. Within this role, he was credited as helping to develop several regulations which assisted in stabilising the Bolivian banking sector. In 1993 he became Bolivia’s Pensions Undersecretary, where he undertook a successful reform of the pension system. Following this he was chosen as National Coordination Secretary, where he was responsible for Bolivia’s structural reform plans. In 1997 he left the government, acting as a consultant to various other governments before continuing his career at ASBA.