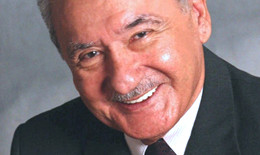 Dr Ramon Artemio Bracho was born in Paraguay in 1924, graduating from the Faculty of Medical Sciences of Asuncion as a surgeon. He worked as a doctor in rural areas for fifteen years, before becoming a military doctor for the Ministry of National Defence and the Central Military Hospital. He retired from this position with the rank of Colonel of the Nation. In 1958 Dr Braucho helped found the Cruzada Mundial de la Amistad (World Friendship Crusade), a campaign that is designed to promote the value of friendship in order to foster a more peaceful society. His belief in this campaign stems from his certainty that friendship is central in overcoming people’s cultural, political and religious differences. Due to his efforts, July 30 was designated as ‘Friendship Day’ and is celebrated yearly in Paraguay and other South American countries. On July 27, 2011 the General Assembly of the U.N elected July 30 to become ‘International Friendship Day’ and urged all members to celebrate this day.