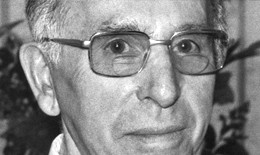 Ramon Areces Rodriguez was the founder of El Corte Inglés which has grown to become the biggest department franchise in Europe. Born in Spain in 1904, he immigrated to Cuba at the age of 15 in order to begin work as an apprentice at a department store. He continued his apprenticeship in the United States and Canada while working at an import company and studying economics. In 1934 he returned to Spain and settled in Madrid and the following year he bought a small children’s tailoring business named Preciados. Combing the success of Preciados with his global business knowledge, in 1940, Mr Rodriguez transformed Preciados into El Corte Inglés. El Corte Inglés popularity rapidly grew and under Mr Rodriguez’s leadership El Corte Inglés stores were soon open in almost all of Spain’s main cities. Since its foundation, The El Corte Inglés Group has extended to other companies including Hipercor, Viajes El Corte Inglés, Informática El Corte Inglés, Investrónica, Telecor, and Centro de Seguros. In 1976 Mr Rodriguez created The Ramón Areces Foundation which was formed as a private cultural foundation under the protection of the Ministry of Education and Science.