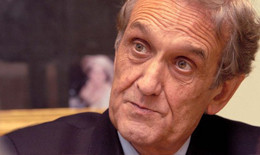 Professor of Economics at the Universidad San Pablo – CEU

Dr Schwartz is Professor Extraordinary in the Department of Economics at the University San Pablo CEU in Madrid, where he teaches the History of Economic Thought and directs the Centre for Political Economy and Regulation. At the Madrid Campus of St. Louis University (Mo) he lectures on the History of Economic Thought, the History of Political Thought and the History and Theory of Central Banking. Since 2006 he has been a member of the Monetary Experts Panel of the Committee on Economic and Monetary Affairs of the European Parliament. His main business activity is as a member of the Spanish Advisory Board of the Cap Gemini Consultancy. In September 1990, H.M. Queen Elizabeth II made Schwartz an Honorary Officer of the British Empire. In February 2003, he was elected to the Royal Academy of Moral and Political Sciences of Spain and in that same year was awarded the Rey Jaime I Prize for contributions to economics in Spain. He is also the author of numerous publications.