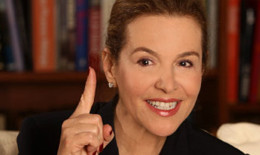 Born in Medellín, Colombia as the third of 15 children, Noemí Sanín went on to study law in Bogotá and worked in the financial sector for a number of years. In 1983 she was appointed Minister of Communications, signalling the start of her long and successful political career. Over the years, Sanín served as Ambassador for Colombia in Venezuela, Spain and the United Kingdom. She also became the first female Minister of Foreign Affairs in Latin America and ran as a Presidential candidate three times in 1998, 2002 and 2010. In 2000, Noemí Sanín became a Research Fellow at the Waterhead Centre for International Affairs at Harvard University. Since 2011, she has served on the Board of Directors of the Colombian football club Millonarios F.C.