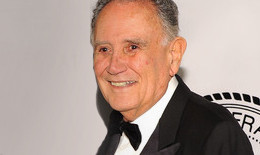 Former US Ambassador to Spain

Joseph Zappala served as the US Ambassador to Spain from 1989-1992. Prior to this appointment, Mr. Zappala was a Florida based businessman active in politics and civic affairs. His community service focused on the areas of adolescent drug abuse and mental health problems, amongst other activities. For 30 years, Joseph Zappala Associates has been an operator and investor in a variety of activities throughout the United States including banking interests, real estate and industrial companies. Mr. Zappala played an active role on behalf of the George Bush for President campaign and served as National Co-Chairman of Finance for the American Bicentennial Presidential Inaugural. On his departure from Spain, Ambassador Zappala received The Order of Isabel La Catolica Gran Cruz, the highest award ever given by the Kingdom of Spain to a US diplomat. A graduate of the New York Institute of Finance, Zappala resides in Florida and has resumed his business activities through his private investment firm.