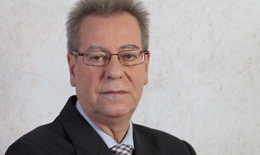 Jacinto Garcia Palacios holds a Masters and First Class Degree with honours in Engineering Physics from the Ecole Polytechnique de Montreal, Canada. Mr Palacios has more than 30 years of international business experience, focusing on the satellite communications and media industries during most of his career. He served as CEO of Hispasat between 1999 and 2005, where he oversaw Hispasat’s significant growth and transformation. He is also a member of several organisations including the Institute of Electrical and Electronics Engineers (USA) and The Order of Engineers of Québec. Palacios is the former Vice-President of the French Chamber of Commerce and Industry in Spain and founding member and former President of the Hispano-Canadian Association for Scientific and Technological Cooperation. He is currently CEO of Ondas Media, a satellite radio company based in Madrid and a member of the Executive Committee of the Elcano Royal Institute. He also serves as Head of Political Affairs, Spain at EADS.