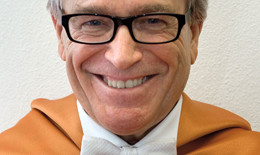 Francisco Luzón López graduated with a degree in Economics and Business Studies from the University of Bilbao before embarking on a highly successful business career. He served as Director at Banco Santander Central Hispano S.A until January 2012, having joined the company in 1996. He was appointed as a Director of the Bank in 1997 and was then re-elected by the general meetings of shareholders in 1999, 2001, 2004 and 2007. Prior to this, he served as Chairman of Banco Exterior de España from 1988-1996, as well as Caja Postal from 1991- 1996 and Corporación Bancaria de España from 1991 to 1996. In 1991 he assisted in the creation of the new Grupo Banco Agentaria, in which he served as Chairman until 1996. Other notable positions held by Francisco Luzón López include the role of Non-Executive Director of Industria de Diseño Textil, S.A. (Inditex), global Vice-Chairman of Universia and second Vice-Chairman of the Royal Board of Trustees of the National Library. He is also a Lecturer at the University of Deusto (Bilbao) specialising in the area of Latin America.