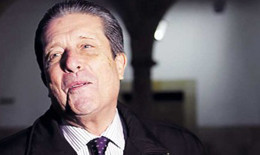 Federico Mayor Zaragoza earned a Doctorate in Pharmacy from the Complutense University of Madrid in 1958. In 1963, he became a Professor of Biochemistry in the School of Pharmacy at the University of Granada, where he later served as rector from 1968-1972. In 1973, he was appointed Professor in his specialty at the Complutense University of Madrid. He has held the following political posts, among others: Undersecretary of Education and Science in the Spanish government (1974-1975), member of the Spanish Congress of Deputies (1977-1978), advisor to the Spanish Prime Minister (1977-1978), Minister of Education and Science (1981-82) and a member of the European Parliament (1987). In 1978, he became Deputy Director-General of the United Nations Educational, Scientific and Cultural Organisation (UNESCO). In 1987, he was elected Director-General of UNESCO, a post he held until 1999 when he founded the Foundation for a Culture of Peace, of which he is now the President. In 2005, the Secretary General of the United Nations named him Co-Chair of the High Level Group for the Alliance of Civilizations, a post he held until November 2006 when the Group presented its final report in Istanbul. In addition to numerous scientific publications, he has published four collections of poems and several books of essays.