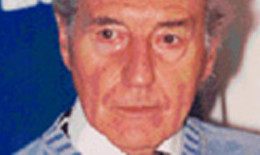 Enrique Ruiz García is a Professor of Political and Social Sciences at Universidad Nacional Autonoma de Mexico (UNAM) teaching political science, economic philosophy, theory of the state and international relations. He writes under the pseudonym Juan María Alponte. His extensive list of publications deals with the geopolitics of Central and South America. For the last 25 years he has written for a number of newspapers including Excélsior, El Día, Uno Más Uno, El Nacional and La Jornada. He is also a regular contributor to international publications and magazines. He has been awarded Las Palmas de Oro by Mexican Television for his contribution to culture with the program ‘The World We Live In.’ He is a political and cultural commentator for Radio IMER. He was member of the first UNESCO Latin American and European Commission to establish the first Program for Latin American Education. As a journalist he was incarcerated and expelled from Spain in 1962 by the Franco regime for writing about freedom and supporting open democratic views.