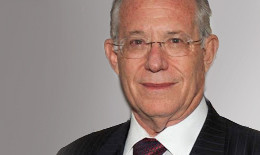 Dr William Haseltine PhD is an American biologist, entrepreneur and philanthropist. He is renowned for his ground breaking work on cancer, HIV/AIDS and genomics. He began his career as a professor at Harvard Medical School and Harvard School of Public Health from 1976 to 1993, where he also served as Founder and Chair of two academic research programs on cancer and HIV/AIDS. Dr Haseltine was the Founder of Human Genome Sciences, a company which pioneered the application of genomics to drug discovery. Additionally, he also founded several other biotechnology companies including Cambridge Biosciences, The Virus Research Institute, ProScript, LeokoSite, Dendreon and Diversa. Companies that he has founded account for five drugs currently on the market. Currently Dr Haseltine serves as Senior Advisor at the Global Virus Network and also serves as President of ACCESS Health International Inc. He also acts as an advisor to indiGENE Pharmaceuticals and serves on the Board of Solena Group, Profectus Biosciences and the Council on Foreign Relations, whilst also acting as Special Advisor to the Board of Directors at Codexis. He also acts as President of The Haseltine Foundation for Science and the Arts, which aims to foster a relationship between science and the arts. He is involved in Public and International Policy, advising several governments, biotechnology and pharmaceutical companies. Dr Haseltine is an accomplished author having published more than 250 scientific papers and written several books. His recently published book ‘Affordable Excellence: The Singapore Healthcare Story’ documents the story of the Singapore healthcare system and what lessons it can offer to other national health systems. Through this book Dr Haseltine hopes to educate the public and policy makers on what can be learned from Singapore’s unique system design and development path, as well as stimulate debate on challenges to healthcare financing. Dr Haseltine also founded the Journal of AIDS Research and Retrovirology and The Journal of Regenerative Medicine. His extensive achievements in research have led to him receiving numerous awards and honours throughout his career.