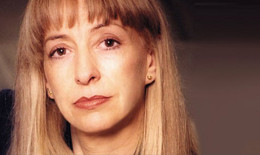 Scientist and Professor of Pharmacology at Oxford University

Baroness Susan Greenfield is a scientist, writer and broadcaster who specialises in the physiology of the brain. Born in London, United Kingdom, Greenfield studied at Oxford University and graduated with a Doctor of Philosophy degree. During her career she has conducted extensive research into the impact of technologies on the mind, how the brain generates consciousness and different approaches to neurodegenerative diseases. She is also renowned for her written works, having published a number of scientific books covering topics such as: future society, personal identity, neuroscience and neurobiology. Her books include: ‘Journey to the Centers of the Mind: Toward a Science of Consciousness’ (1995), ‘The Human Brain: A Guided Tour’ (1998), ‘Brain Story: Unlocking your Inner World of Emotions, Memories and Desires’ (2001). She has also published a neuroscientific theory of consciousness called ‘The Private Life of the Brain’ (2003). She has also developed an interest in studying the impact of modern technologies on development and the way in which a young person feels and thinks. She discussed this topic in her books ‘Tomorrow’s People: How 21st Century Technology is Changing the Way we Think and Feel’ (2003) and ‘ID: The Quest for Identity in the 21st Century’ (2008). Her latest book ‘2121: A Story for the 22nd Century’ is set just over a hundred years from now and describes a dystopia centred around the impact of extreme technologies on how future generations think and feel. The book will be released in July 2013. Her contribution to scientific research and development has seen her honoured with numerous awards over the course of her career, included a CBE in 2001, the L’Ordre National de la Légion d’Honneur awarded by the French Government in 2003 and the Australian Medical Society Medal in 2010. In 2012 Greenfield became the Vice Patron of POWER International and was also selected to serve as the Parliamentary Patron of the Westminster Higher Education Forum. In the same year, she became a Governor of the Florey Institute for Neuroscience and Mental Health. Today she continues to contribute to the scientific field acting as a Professor of Pharmacology at Oxford University, whilst also leading a multi- disciplinary research team in exploring novel mechanisms linked to neurodegenerative diseases.