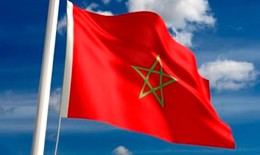 Morroccan Secretary of State for Agriculture

Abdelhafid Kadiri was a Moroccan politician and diplomat. He originally began his political career in 1958 when he was appointed the Secretary of State for Agriculture. During the 1970’s he served as the Minister for Youth and Sports and in 1977, when the Government of Osman II succeeded from Osman I, he retained his position whilst also becoming more actively involved in social reform. This was illustrated by his appointment as Deputy of Manusur Yacub, an economically disadvantaged neighbourhood in Morocco’s capital, Rabat. He continued his work on an international level and was eventually chosen to be the Ambassador of Morocco in Madrid, where he used his position to emphasise the need for improved relations between Morocco and Spain.